Sign up and get a 10% voucher on your next purchase and be first to know about new releases, products, giveaways, discounts and more! 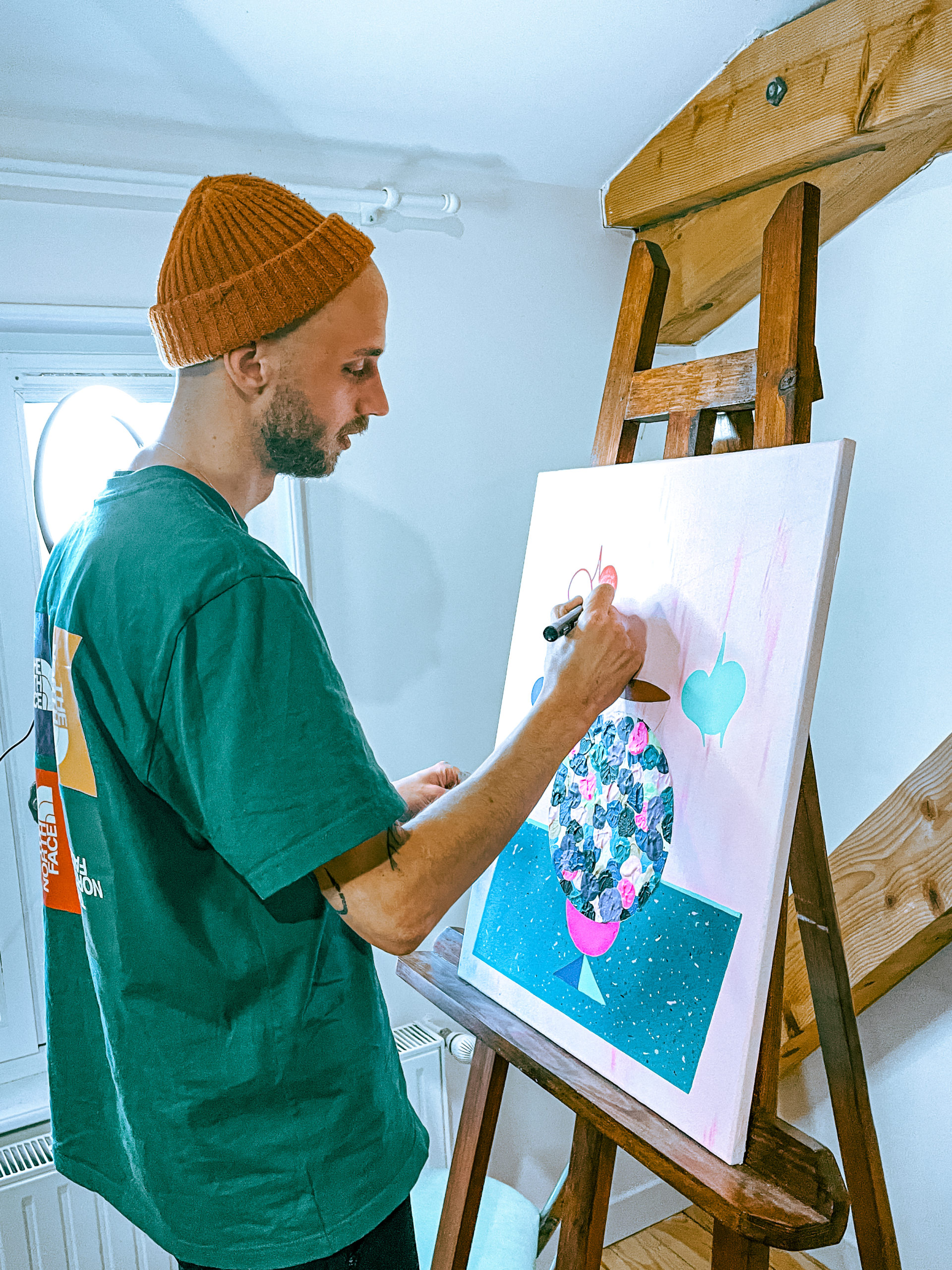 Thomas Bringold, BRNGLD, is a multimedia artist who uses bright colors and dynamism to create an array of abstract and contemporary pieces.

He is constantly looking for new techniques to innovate his work, often scouring the world around him for inspiration. He imposes no limits on himself or his art and intends for his creations to advocate for open-mindedness in our frequently close-minded society.

Born to a family of creators and artists in Auvergne, France, Thomas has been immersed in art his entire life. As a child, he spent many hours in his grandmother’s studio, absorbing her knowledge and perspective as he watched her play with oil paints to create lifelike representations of the world near and far. As he internalized her dedication and focus, and obtained some technical skills along the way, it became clear that art would be much more than just a hobby for him.

Outside of his grandmother’s atelier, he began to find his own way as an artist in the streets. Graffiti was one of his first major influences and continues to inspire many of the shapes, colors, and lines he relies on today. Inspired from the aesthetic of Kaws, Murakami, Matisse, the minimalism of Yoji Yamamoto, and the genius of Kanye (not the craziness), the science fiction of Orwell, Huxley, or Damasio, Thomas brings his own experiences to his art while keeping his mind open to new possibilities. Even in his most abstract figures, whispers of his street art background and other influences can always be found.

He first left home to study in Clermont-Ferrand, where he co-founded SURL, an award-winning French webzine about hip-hop culture, while simultaneously working as a digital project manager to pay the bills. In 2015, he found his way to artistic hub Berlin, where he continued digital project management for several years before finally taking the leap to answer his creative calling in 2019. In the year since fully committing to his artistic pursuits, he has launched his first solo exhibition, made hundreds of pieces, and reaffirmed his desire to create with no intention of stopping anytime soon.

Today, he continues to translate his immutable style into various different mediums, including but not limited to sculpture, mural art, clothing, books and zines. He is constantly exploring new playgrounds and perspectives to feed his imagination and inventiveness and produce works of art that capitalize on the message he’s using them to convey: keep your eyes open and you’ll find beauty even in the most chaotic world.

Get a 10% voucher on your next purchase and be first to know about new releases, products, giveaways, discounts and more!